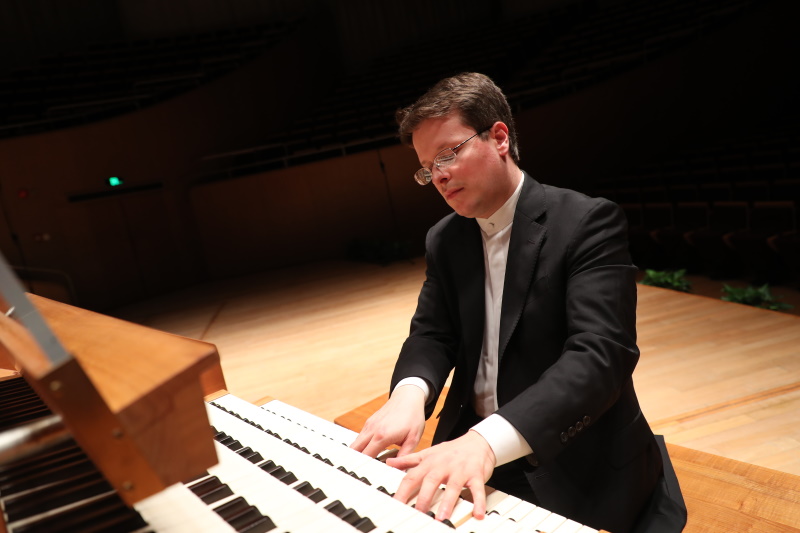 The Organ Artists Series of Pittsburgh and Westminster Music & Arts Series have canceled the Paul Jacobs all-Bach concert scheduled for Tuesday, July 28. Read below about the significance of July 28, 2000, and plan to honor this day by adding a Bach organ piece to your listening playlist. Watch for a message from Paul Jacobs in late July on the church website and Facebook page.

Twenty years ago, on July 28, 2000, Paul Jacobs played all the organ works of J.S. Bach over 18 hours on Westminster’s Austin organ – a remarkable feat. That date marked the 250th anniversary of Bach’s death. Bach’s music continues to inspire people from all over the world, especially during this time of uncertainly. Bach’s strong faith in God, which shines through his music both sacred and secular, can give us hope, comfort, and joy. Find Bach in abundance on YouTube and you will find your soul uplifted.

Our hope is that Paul Jacobs will return to Westminster during the 2021-2022 season. This concert will once again be co-sponsored by the Organ Artists Series and Westminster’s Music & Arts Series.

Between now and the fall of 2021, the Organ Artists Series, www.organseries.com, will present organ music online performed in Pittsburgh churches. The performances will be available on the series’ YouTube channel and Facebook page, helping to keep organ music alive and well in our city and beyond.